It has 40% of the world oil market, according to the Mediterranean Foundation 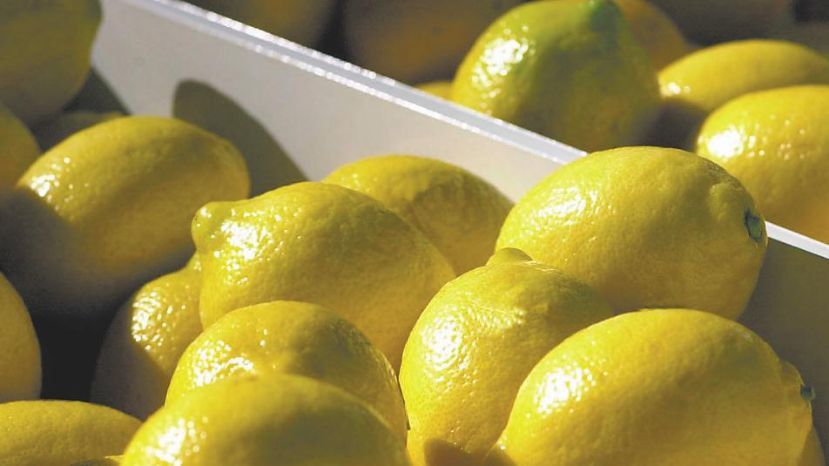 While Argentina is closer to achieving the opening of the North American fresh lemon market, after a recent visit of plant health inspectors from the United States to the country, Mediterránea Foundation disseminated a study highlighting the competitiveness of the productive chain of that fruit.

According to the report, the lemon citrus complex is the one with the greatest international insertion compared to other agri-food chains. The exports of the three main products of the lemon activity (fresh, oil and juice) “captured almost 15% of world exports for the average of the 2010/14 period”, according to the report.
In the case of lemon oil, the market share is still higher: 40%, says the report prepared by economists Jorge Vasconcelos, Jorge Day and Guadalupe González, from Ieral (research institute of Mediterránea Foundation.

When comparing the market share of other products of the regional and agroindustrial economies over the same period, the report argues that tea captured 1.8%; apples, 2.1%; beef, 2.6%, and wines, 2.6%. Only the pears are close to the yields of the lemon chain, since the market share reaches 14%, the work sustains, based on data from Comtrade. In turn, Argentina exported lemon and derivative products for US $570 million.

In addition to the macro numbers of the lemon complex, the work of Mediterránea Foundation analyzes the case of a productive enterprise located in Salta, in the La Moraleja field, a non-usual area for the production of lemon since it is mostly made in Tucumán. This field, of 3000 hectares, is the result of the transformation of a forest area into a production area where drip irrigation is practiced. In addition, a diversion channel and a dam were built to overcome the problem of irregular rainfall in the area.

The work of Mediterránea Foundation maintains that the La Moraleja enterprise has a participation in the industrialization of the lemon above the national average. Of the total invoiced, “4 percent was represented by fresh lemon sales, while the remaining 96% was sales of industrialized products,” he points out.

One of the advantages of the greater degree of development at the origin of the products is that while transport costs (Salta-Buenos Aires) represent 8% for fresh lemon, for oil and husk they represent 0.6 and 0, 4%, respectively, sustains the report.

Argentina has 15% of the world trade of lemon, composed of fresh product, oil and juice

In processed products, such as oil, participation reaches 40%. In total, Argentina exported for 570 million dollars
This insertion of the lemon citrus complex is higher to that of other chains such as tea (1.8%) or apples (2.1%), based on the period 2010-2014