On a scale rarely seen in Argentina, La Moraleja is the most striking case of the power of transformation of man over nature to generate food and jobs. 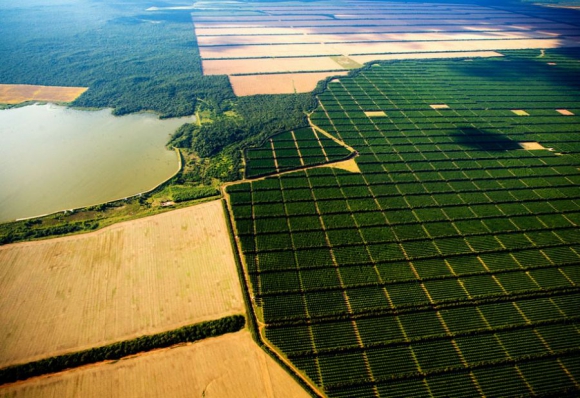 Where there was a mount in Salta, today there are 3000 hectares of lemons drip irrigated, probably the largest area in the world under this system and a factory that industrializes and exports 90% of its products: lemon oil, concentrated juices and dehydrated skin. We must add as a secondary activity, if the term fits the dimensions, 40 hectares of greenhouses to produce tomatoes, peppers and melons. And where no more than a dozen workers could be employed in an extensive activity, 1,500 people are employed, 400 in a fixed way and 1100 as harvest workers.

The beginning of this productive miracle, which last year won in the Best Agrifood Industry category in the Award for Agricultural Excellence granted by La Nación and Banco Galicia, is due to obstinacy and stubbornness. Ignacio Blanco is a Spanish agronomist who arrived to Argentina at the beginning of the 80s, commissioned by the Sanchis family to take over the field they had bought in Salta. Ignacio Blanco was clinging to a truth he had learned in the region of León where he had been born and barely raining just over 400 millimeters per year: without water, there is no possible production. The first thing he observed was that the field of Apolinario Saravia had a variable rainfall regime and was in the summer months. The 800 millimeters per year fell all together and did not change the situation of crop water deficit.

But the water that did not come from the storms was in the Cabeza de Vaca stream that passed through the establishment. The water course went through an absolute indifference without anyone thinking of taking advantage of it. For Blanco, this situation represented the height of nonsense. He then persisted in using many years to build, with limited resources and own machinery, a channel that separates the stream and a 200-hectare dam with the capacity to store 11 million cubic meters of water. And he could locate it in the highest part of La Moraleja so that, by gravity, and without the use of energy, the entire surface could be watered. “Everyone here was against this idea. They thought I was crazy. The important thing is that the dam worked and never broke. Without water we were never going to be able to water the lemons and the greenhouses and get to have this productive project,” says Blanco, today with more than 70 years.

Once the dam was built, it was thought to irrigate sugarcane crops. Until lemon appeared. Or rather the agreement with one of the world giants of soft drinks, whose name they maintain in the utmost confidentiality, which assured them the purchase for 20 years of the lemon oil.

This gave them a security and a horizon to bet heavily on the project and generated the final turn to La Moraleja. So they set to work and while the lemon plants were growing they started the construction of the factory that took them about two years. They had to synchronize the production times with those of the industry until joining the full integration. It was not easy if you take into account that the process begins in lemon seedlings in greenhouses that are then grafted to tangerines, for having a better and healthier root system, to then be transplanted in the field. A process that takes at least four years until the profitable production of lemon has just begun. From then on, each plant can produce lemons per year 2000, although it is very variable.